Ted Chiang is always worth reading or listening to.  Here's a new interview.

Posted by Douglas A. Anderson at 1:00 PM No comments:

Dunsany in a Strange Place

A friend recently pointed out the following poem in Christopher Morley's volume The Middle Kingdom: Poems 1929-1944 (1944).  Dunsany is rarely the subject of a poem, and here is one that plays on his names (his surname is pronounced dun-SAY'-nee, and does indeed rhyme with "zany"):

To BEDWARD, says EDWARD.
I’m on, cries JOHN.
It helps to shorten the night, quoth MORETON.
Just a glass of port, to relax, says DRAX.
And now we’ve drunk it, mumbles PLUNKETT,
Come on, old zany.
And so all five, with yawns and snorts,
Having partaken their Cinque Ports,
Are merged in bed as LORD DUNSANY.

Posted by Douglas A. Anderson at 2:30 AM No comments: 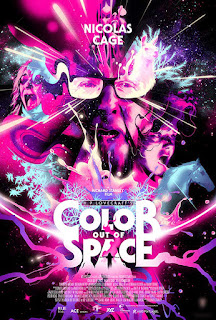 I had been looking forward to this. Boy was I wrong. It is a melange of trite horror tropes and twenty-first-century family issues grafted onto a few plot-elements lifted from H.P. Lovecraft's story, to which is added over-the-top bad acting (Nicolas Cage, especially), to produce a decidedly B-grade horror film. A few directorial hand-waves pass over a large number of unexplained and irrational aspects of the plot. The script is appallingly bad, and the whole is dull and pointless. Save nearly two hours of your life and avoid this movie.

The TLS on Arthur Machen

There is a very interesting review-essay on Arthur Machen in the TLS here.  It's by Aaron Worth, who edited the recent Oxford University Press Machen volume, The Great God Pan and Other Horror Stories. An excerpt:


It was, supposedly, after the first of his dinners with Wilde at the Florence, in the summer of 1890, that Machen resolved to try his hand at “modern” fiction (not long before, under the combined influence of Rabelais, Balzac and Marguerite de Navarre, he had produced his “Welsh Heptameron”, the faux-medieval Chronicle of Clemendy). This was the beginning of his decade mirabilis; before the century came to a close he had written, if not published, nearly all of the pioneering supernatural fiction for which he is remembered today. These stories are imbued with a potent sense of the places documented in Occult Territories, above all Machen’s native Caerleon and the “grey labyrinth” of London. Many of them are shaped by a second influence as well, namely Machen’s immersion in a wide range of esoteric literature in the 1880s, when he was hired by the bookseller George Redway to compile a substantial annotated catalogue (The Literature of Occultism and Archaeology).

Posted by Douglas A. Anderson at 2:52 PM No comments:

Email ThisBlogThis!Share to TwitterShare to FacebookShare to Pinterest
Labels: Aaron Worth, Arthur Machen, The TLS 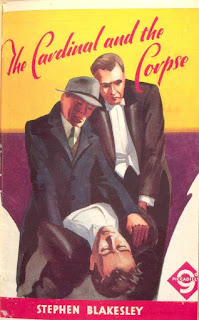 Posted by Douglas A. Anderson at 12:00 AM No comments:

The BBC Radio program "Free Thinking," hosted by Matthew Sweet, had a 48 minute program on November 5th, titled "Quatermass." Guests include Mark Gatiss, Steven Moffat, Clare Langhamer, Una McCormack and Matthew Kneale, the son of Nigel Kneale.  I quite enjoyed this.  It's available for listening here.

Here's a quote from Matthew Kneale on his father:


I remember him mostly as somebody who taught me an enormous amount about writing, and we used  to watch television programs all the time, and he'd dissect them ruthlessly, and say "that makes no sense!" He was very, very proud of his ability to understand the structure of a piece, and he was very good at the structure. And I learned a huge amount. I learned that you can't get away with thing if they don't make perfect sense, if you haven't thought them through. That's a lesson I've never forgotten.


Posted by Douglas A. Anderson at 1:46 PM No comments:

Cult Books That Haven't Aged Well, Even If They Were Bad To Begin With

Over at the BBC Culture page, Hephzibah Anderson has a worthwhile article on "The Cult Books That Lost Their Cool". I don't usually find such agreement with these types of lists, but of the eleven books described here I've read several and am at least familiar with the rest. And while I might argue that these books never had any cool to begin with, it is nice to see their shortcomings pointed out. In particular I have loathed The Catcher in the Rye, Atlas Shrugged, On the Road, and Jonathan Livingston Seagull (read only for its risibility, as it was the favorite book of a person I knew in college), and disliked several of the others, The Old Man and The Sea (someone I knew called it, appropriately, The Old Fart and the Fish), Iron John, The Outsider (Colin Wilson at his pinnacle of glibness), and Infinite Jest.  I've never read The Beach, nor ever been even slightly tempted to read it, for I am familiar with the Leonardo DiCrapio and Tilda Swinton film.

Anyway, a tip of the hat to Hephzibah Anderson (no relation).
Posted by Douglas A. Anderson at 12:27 PM No comments: